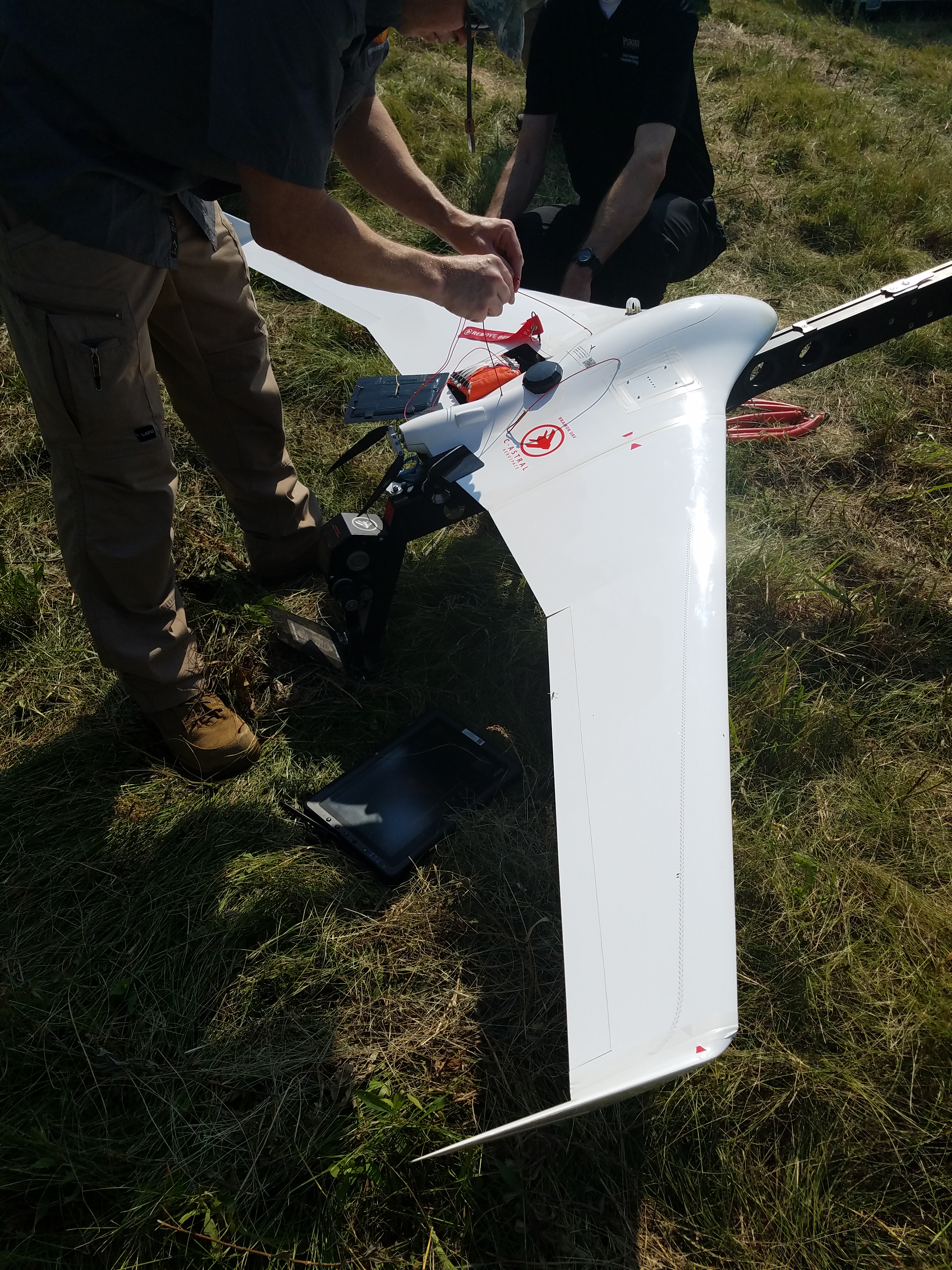 Last week I was given a great opportunity to watch a demonstration of a large commercial UAS, the C-Astral Bramor ppX.  I wrote about this system briefly in a previous post on UAS consulting.  Seeing it in person however was able to show the true scale of how well it was manufactured.  The platform worked flawlessly during the demo and was successful in its catapult takeoff and parachute landing.

Perhaps the more interesting part of the day though was the opportunity to meet the CEO of C-Astral, Marko, who flew from Slovenia to watch the demonstration, and Pete from Monet Aero whom I have heard many things about.  I was able to ask Marko questions about why specific design decisions were made with the Bramore platform which yielded interesting answers.  Pete also brought his most recent creation, a large hexacopter he had custom built for carrying a FLIR Duo Pro R.  The build quality was impressive which really showed off his skill.

Unfortunately, I left my camera at home for the outing but luckily a friend, Todd Horn, took pictures and video of the launch and was kind enough to share them with me.  You can check out his blog here.

Over all, I believe I learned a lot from this trip.  Purdue is looking at partnering with C-Astral in the near future, so it was great to see an operation by a team of experienced operators.  I was also able to notice similarities in the hardware of the Bramor system with the eBee I flew this summer, such as the use of commercially available props and batteries instead of custom designed parts.  This can make finding replacements simple and fast when compared to trying to communicate with the manufacturer.