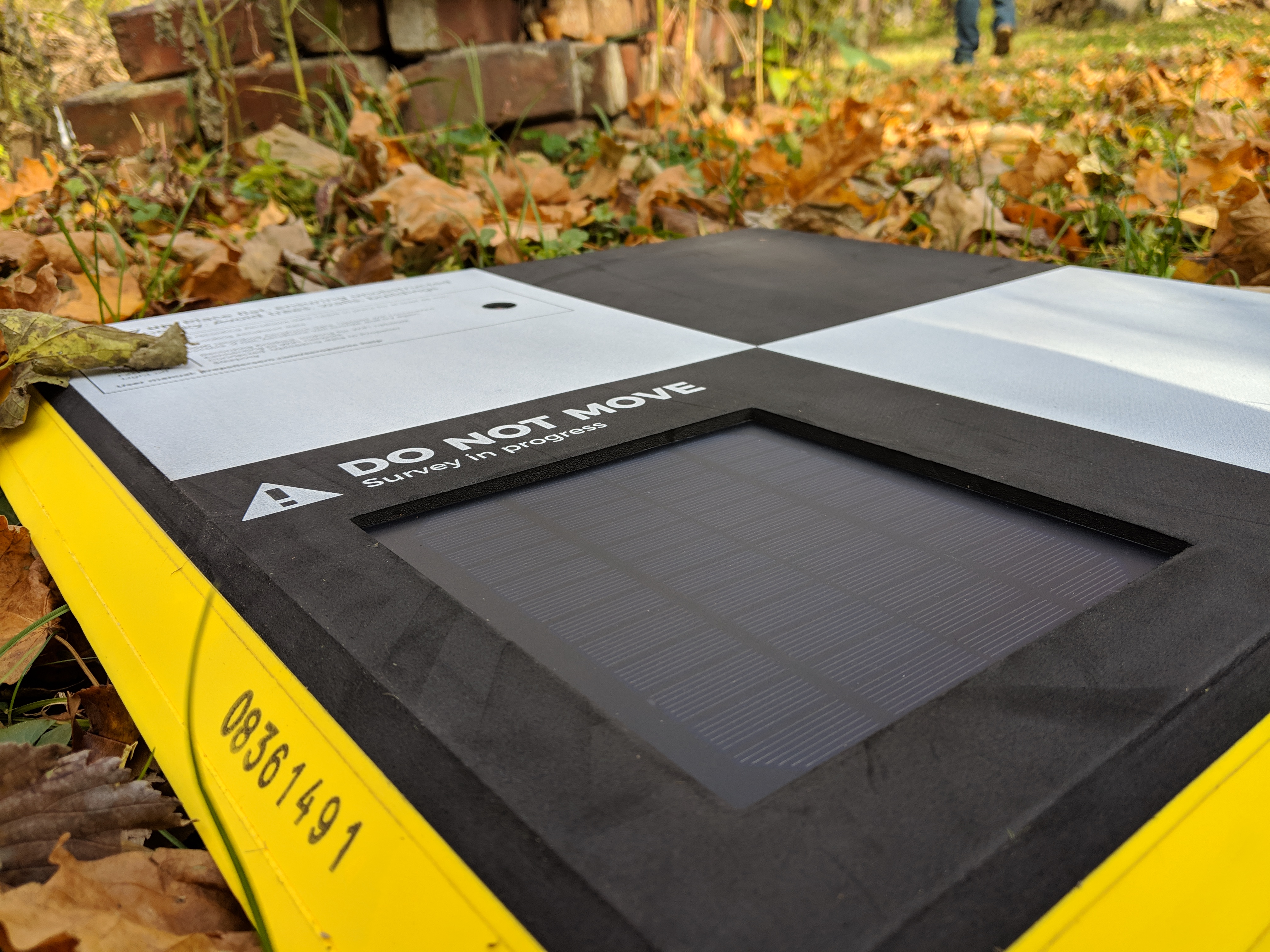 When doing flights for gathering data, ground control points are critical for drawing conclusions from the data gathered.  They are targets placed at known locations or placed and measured after the fact.

In the flights done at Professor Hupy’s house, we used the commercially available Propeller Aeropoints which gather their location to within 2 cm from GPS.  The data gathered from them is uploaded to the manufacturer’s website after the flight to be corrected.  They do however have a limitation in the order they are placed in the field which may cause issues if they are picked up out of order.

We began placing targets at the site from the southwest corner and worked our way around the property until we reached the southeast corner.  When placing the GCPs, it is important to have some close to the edges but not on them.  This makes sure they show up in as many images as possible while still covering as wide of an area as possible.  Some also should be placed close to the middle of the site to prevent distortion of the center.  Attention to the location of trees is also important since they can cover the GCPs in some images.

After the GCPs were distributed, we did multiple flights with both a Yuneec Typhoon H520 and my DJI Matrice 100.  The Yuneec flight was done with a standard grid mapping pattern to gather a map of the whole site.  After this, I flew my Matrice to do a standard orbital pattern around a tree in his front lawn.  The data gathered from this will be used in a future post about an ongoing personal project to process imagery in Open Drone Map using my server.

Once all of the images were collected, the GCPs were collected in reverse order and synced with Propeller’s servers.  Traditionally, survey markers using an RTK or PPK GPS base and rover would be used to gather the locations of the control points but in this setup, the points can be placed before the flight and picked up afterwards.  They are not as permanent as traditional ground control points but they are as accurate.

Do NOT follow this link or you will be banned from the site!