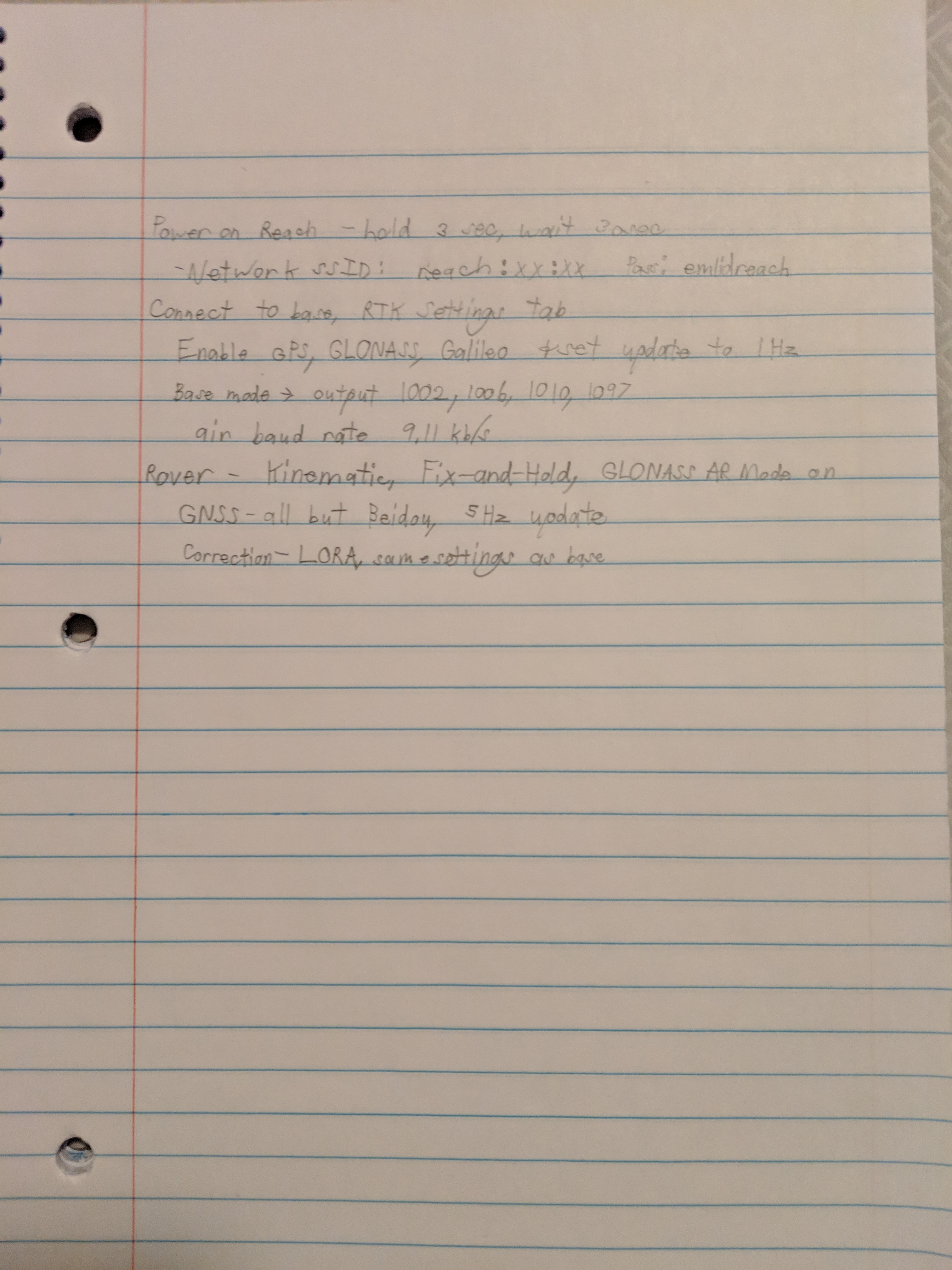 With the winter cold setting in, large amounts of our UAS capstone project are being delayed since the freezing temperatures could cause mechanical failures. Rather than letting this go to waste, we are instead using the extra time to get things prepared for data collection. Among the duties for me are to prepare the Matrice 600 for flights by gathering all associated documentation, making sure the firmware is updated, and creating a checklist for other pilots to use in the field.

Before I began working on anything else with the M600, I had to first unbox all of the batteries. This can be somewhat tedious since each one of them is individually boxed but after about 10 minutes I had them on a charger. We will be rotating between 3 sets of battery packs in the M600, so I made sure to put colored dots on each of the packs to identify which set they belong to. Each battery was also numbered so we can identify problematic packs within the set or communicate possible damages when doing repairs.

To get things started with the firmware update on the Matrice, I worked with Dr. Hupy to register the aircraft with his account for the first time. The process only took about 10 minutes after which we installed the firmware. While this was going on I was also helping Dylan set up the Emlid Reach RTK units.

The Emlid Reach is a high precision survey-grade GPS that uses Real Time Kinematics, or RTK, to calculate its position to a sub-centimeter accuracy. This can be particularly useful for gathering permanent ground control point locations where the Aeropoints might be too inconvenient to place every flight.

Since I have been building my own Post Processed Kinematics, or PPK, GPS system over the past month, I was quite excited to see how a commercial system compared to my system. The first thing I noticed was how simple the menus were to set up the device. It connects to an iPad through a 4G WiFi hotspot for setup and firmware updates which does increase the amount of equipment that needs to be taken to the field but is still quite reasonable considering the advantages it offers. The system also has a series of beginner guide videos which explain how to use the system and set up the Reach.

Once we got the Reach and iPad connected to the WiFi network and updated, we had to set up the LoRA based radio telemetry system that connects the base to the rover. This is a process that I haven’t had to do with my system since it handles corrections after the data is gathered. The process was very simple and only took a couple minutes to figure out. We also set up the satellite constellations that would be used to calculate a solution. Since we are doing our operations in the Midwest, the GPS and GLONASS satellites were chosen.

At this point we were running out of time in lab ad had to pack everything up but overall I feel I got a good feel for how the Reach works. I still have yet to finish my GPS system but so far it seems to be very similar in concepts and terminologies which will be helpful in the future.