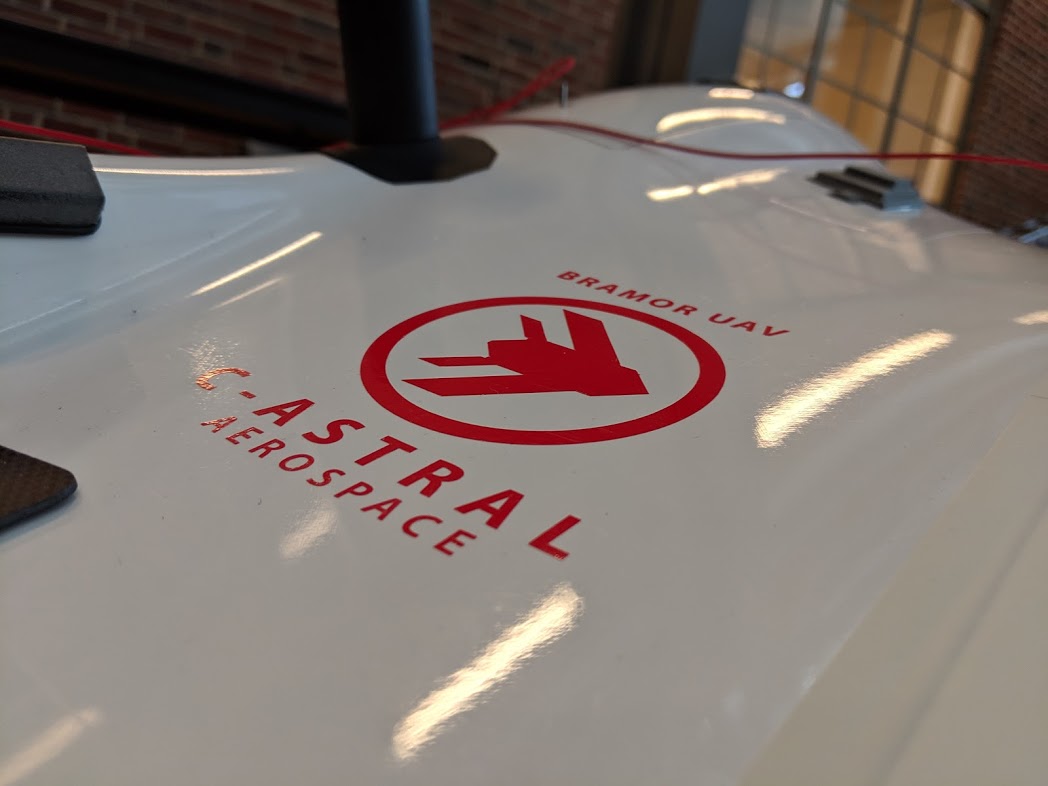 In previous blog posts I mentioned that we would be using a fixed wing aircraft for data gathering over wide areas of land. After a few setbacks, it finally arrived. Coming from Slovenia, the C-Astral Bramor is a fixed wing platform that launches from a catapult and lands with a parachute. It is also claimed to support up to 3 hours of continuous operation which puts it into a different category from the Matrice platforms I discussed earlier.

When the boxes arrived, we made quick work of removing the cases from their cardboard shipping boxes. Normally I would be hesitant to have anything this large shipped in cardboard but the cases are very sturdy and could probably take some abuse with ease.

Once opened, the cases continue to show their quality by shadow boxing all of the equipment inside. In the image below, you can see the left case which contains the aircraft and electronics while the right case holds the catapult launcher.

The underside of the main body shows the new sensor built into the platform. In this case, the aircraft came with a RedEdge Altum sensor built in. We plan to change this out for the Sony A8000 camera that has a much wider field of view and can shoot pictures at ludicrously high resolutions.

The next order of business was to set up the catapult launcher. From this point, we began following the checklists provided with the C-Astral. They discuss all phases of flight and can be found both on the tablet and in an included checklist book.

The launcher uses a rubber bungie and pulley system to pull a sled along its rails. A latching mechanism at the back holds the sled until launch while a single rope holds the sled from going off the end when it reaches its end stop after launch. Extra care has to be exercised during the setup to avoid crossing the bungie wires or getting fingers into areas where the sled can move through.

Finally we got around to assembling the rest of the aircraft. The wings and winglets are put onto the fuselage and taped using electrical tape. A simple DB9 connector is responsible for all data and power going from the fuselage to each wing. I would also like to take a moment to appreciate how light C-Astral was able to make the wings. The composite material construction keeps everything extremely light weight while remaining rigid enough to fly. This is possibly one of the main reasons why the platform can reach its 3 hour flight time.

The final step was to pack the parachute. This was a process that took longer than expected since the lines can easily become twisted. After some experimentation we figured out the proper way to pack it into the parachute compartment and were ready to continue through the pre-flight checklists.

Over all this system appears to be very well designed and built using some of the best materials I have seen so far. They even used honeycomb and other advanced composite materials which are only used in manned aviation due to the cost involved. I am very much looking forward to putting it to the test in the field.