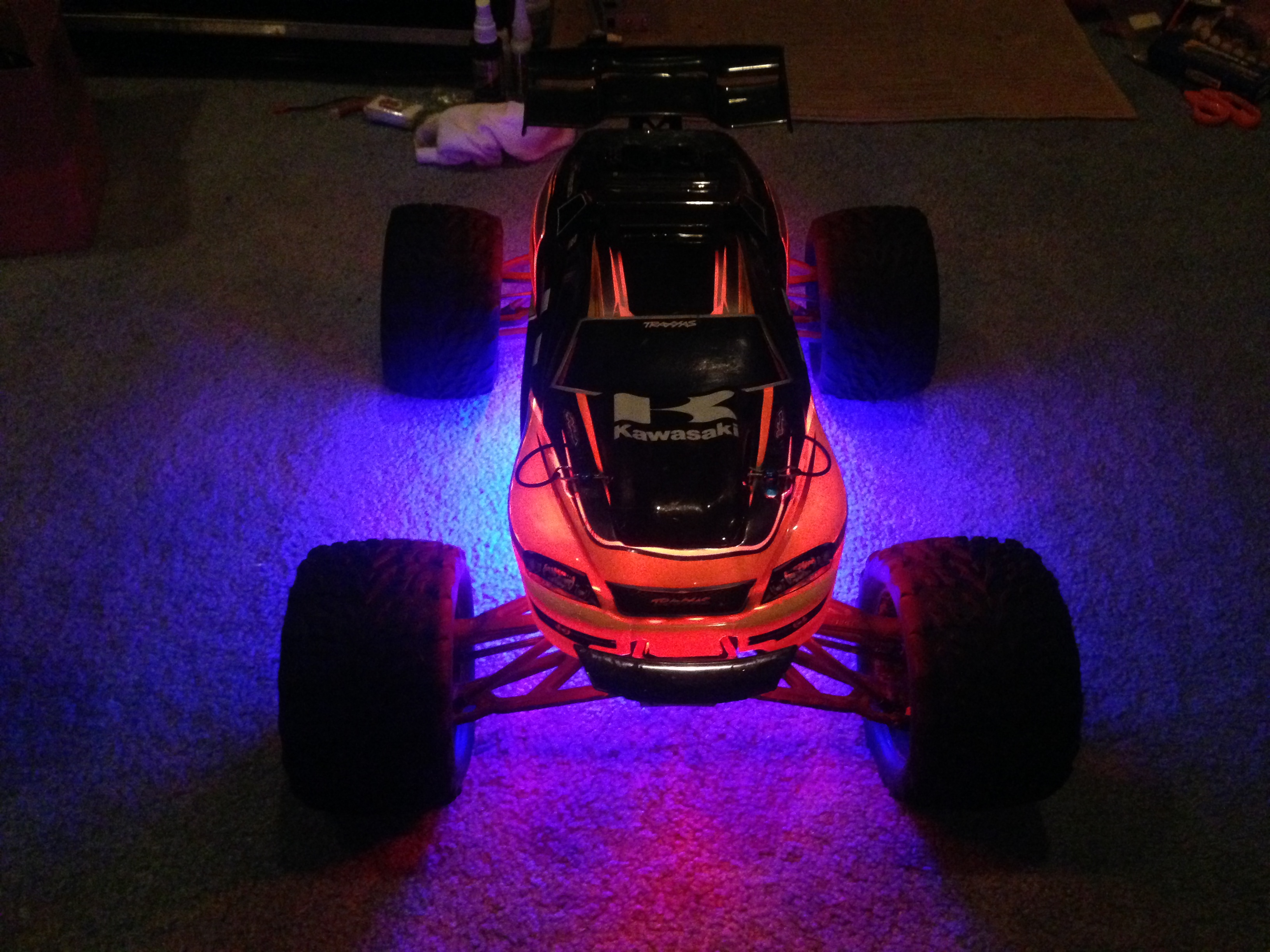 My interest in drones began back in my junior year of High School. What really got me hooked was the RC helicopters which could fly in nearly any orientation. A younger me looked at those videos thinking “I want to do that.” I quickly began getting involved with RC, joining the local Tipton County RC Club. They taught me how to fly and I was doing my first fixed wing solo flights within the first month. Some of the members there also introduced me to combat flying, a concept where a bunch of pilots try to take down other RC planes kamikaze style. I often attribute most of my flying skills to these competitions since they forced me to learn how to be aware of other aircraft in the area and how to perform rapid field repairs. I still have my original pizza box flyer hiding in a closet somewhere ready for more battles.

Many planes later, I was fully hooked into the hobby. I quickly gained the reputation of being the kid who was always experimenting with some new design to my planes. This lead to some spectacular design failures as well as some great learning experiences. I built planes out of cardboard on multiple occasions while other planes were built without a spar just to see what kind of trickery I could get away with before destroying the plane.

Eventually it came time to sign up for college and I couldn’t figure out what I wanted to major in. I enjoyed electronics but didn’t like math enough to go through an electrical engineering program. Some of the other engineering degrees also seemed interesting but I wanted to work with my hands. I couldn’t see where I really fit in fully with the degrees being offered; I just wanted to build and fly RC planes.

It didn’t take long for me to find an RC modelling Facebook page run by one of the professors at Purdue’s College of Technology. I reached out to him and he mentioned that Purdue would be offering a degree in Unmanned Aerial Systems. Things finally clicked and I was committed to continue applying my hobby in an educational environment. My college entrance essay even focused around it with the phrase “Fly, Crash, Repeat” being the main focus.

My first week at Purdue was very fast paced. I felt like I was always experiencing tunnel vision but I eventually started to snap out of it and see the bigger picture. Our first UAS class was AT 109 taught by Mike Nolan. It really was a great learning opportunity and I keep looking back to those days as being some of the most fun classes I have taken while at Purdue. The class focused around the building of UAS structures, so we modified foam gliders with wings we cut on our own. I decided to make mine as large as possible without the use of a spar. Since the glider was so light, it actually managed to fly reasonably well but the wings would porpoise as it glided off the balcony headed for the turbine engines in the lower parts of the hangar.

During that first year, I also became heavily involved with both the Purdue Drone Club which acted as a collegiate level RC club. I was able to fly FPV with them at some of their meets and I got to introduce some of their members to fixed wing aircraft using my new Assassin flying wing. The plane was extremely durable and could withstand full throttle impacts with light poles like they were nothing. This continued for some time until I left the club for greener pastures with the Amateur Radio Club.

My interest in amateur radio, or ham radio as many know it, was sparked by the camera systems used in FPV planes. In the first try, I passed the technician and general levels for my license exam. Some of the members of the club also began to accept me as a close friend and before long I was the treasurer of the club. Since then I have served as the Vice President and have recently been elected as the President.

My studies within UAS didn’t stop after that first year. The 2nd and 3rd years we also experimented with autopilots and built our first quadcopters. Since I had all of my experience behind me and had built several multicopters before this, I had no problem with the class and ended up helping my classmates learn how to improve their own skills. I also started making connections on campus and was the test pilot for several research groups in the engineering department including the IEEE Aerial Robotics Team.

Sometime during my 2nd year, I also began taking flight lessons as part of my plan of study. Things were going great and I even made it to my first solo flights but this quickly ended when the FAA decided to revoke my medical. I now have a medical again but I will have to put my pilot’s license on hold until a later date when I have the funds to fly again.

My final year at college was very different form the others as I took an interest in geospatial data. This was approximately the same time I started this blog to keep track of my activities. I quickly became interested in RTK GPS which burnt a lot of time but the results were so satisfying to see it work. I also started my crusade to see just how much I could do within GIS which lead me to QGIS, Open Drone Map, and RTKLIB.

Another of my other projects included building and programming an automated thrust measurement stand which can be used for collecting efficiency data on brushless motors commonly used in UAS. It uses an Arduino to control the system and can gather voltage, current, temperature, and thrust data off the motor over an increasing throttle curve. It also features a ton of failsafes that can terminate the experiment during a failure and can even self-diagnose faulty wiring.

My experiences with Purdue have been nothing short of amazing. I have made many friends and learned so many lessons and I can only thank my instructors, friends, and family for the help getting me here. From here I plan to continue college for one final year to finish off a 2nd degree in Aeronautical Engineering Technology but for the time being I will continue to fly, crash, and repeat.