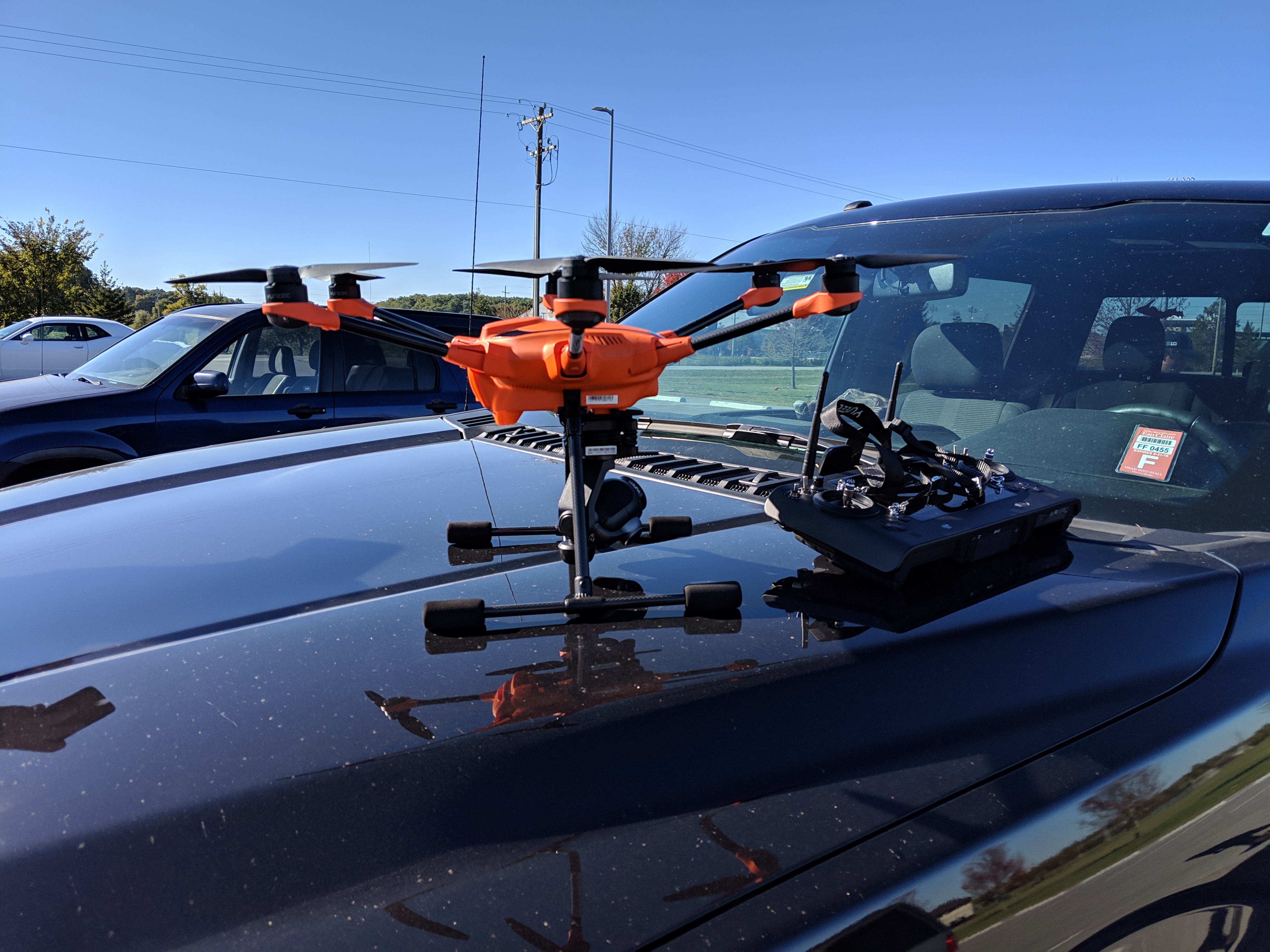 When flying drones for data gathering missions, one issue that comes up quite often is the Line of Sight, or LOS, rule which prohibits flights that obscure the aircraft from the pilot.  One way around this is to use observers who can watch for the drone from a different perspective and let the pilot know when it goes in and out of sight.  Our class was offered to do several such flights over a golf course at Purdue.

When we arrived, our first order of business was to set up the ground control points.  We used Aeropoints which provide highly accurate positioning without the need for a base station.  This process was one of the most time consuming parts of the operation since we didn’t have a golf cart.  Having completed that, we moved on to preparing the drone for flight.  The compass and IMUs were recalibrated and all systems were checked for normal operation.

Since the golf course lies within the KLAF class D airspace, we had to get the proper authorizations.  Since the FAA has recently released the new LAANC system, we entered the flight details into the system and received authorization immediately.  This was my first time working with the software and so far I’m impressed at how easy it was to use.

With everything else done, we had to get the radios set up and create a protocol to communicate during flight.  The class was divided into three groups.  One group consisted of the pilot and a few observers who can handle the radios.  The other two groups were each given radios and sent to other sides of the forest to get better perspectives of the drone.  When each group saw the drone, they would call out over the radio their name and that the drone was in sight.  Any communications other than the in sight calls were kept brief and directed at whichever party they needed to talk to.  This proved effective until one of the radios broke.  To get around this, the group with the broken radio called the spotter standing with the pilot and passed their information through the phone.

The communications methods used were effective and worked well.  The radios were effective at communicating intentions and allowed the pilot to ask what the drone was doing during various phases of flight.  After flying, the Aeropoints were picked back up and everything was packed up for the day.  The process was repeated again the following week with my Matrice 100 to record video of the transects with no major issues.