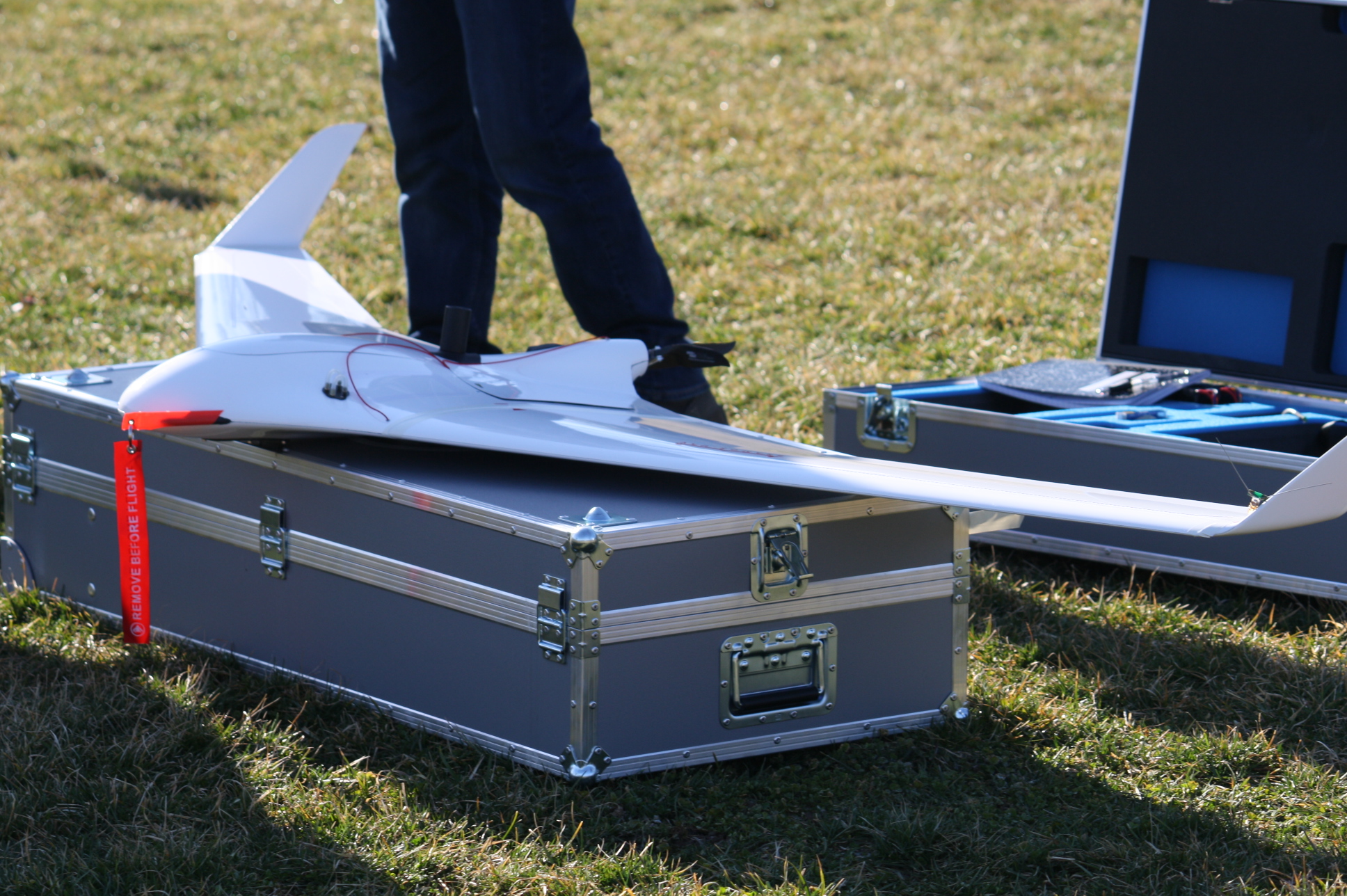 Last week the weather was great, so we decided to take advantage of it by doing our maiden flight of the C-Astral Bramor platform I wrote about in an earlier post. During our initial packing to go to the field we had to make sure everything was charged and ready to run before we left the building. With that taken care of, all we had to do was set it up in the field

When we arrived at the field, we began dividing roles for everyone to take in the flight. We ultimately decided to have two of us acting as pilot and observer at the launch point while the rest of us dispersed around the park to act as remote observers. I was designated as the team photographer and placed in charge of deciding where our spotters should be located. One of our team members also set up the Aeropoints which will act as ground control points.

Once all the checklists were done, all that was left was to tension the catapult and launch the aircraft. This was a particularly stressful part of the flight since most of the loads placed on the frame happen during that fraction of a second during launch. Everything went as planned though and we were in the air.

In order to maintain safety and FAA compliance, we have to keep the network of spotters connected so they can tell the pilot when they see the aircraft. In previous flights we used a set of handheld radios but due to a number of reasons we instead opted to use the voice service Zello. It acts like a handheld radio but instead uses an app to transmit voice over the internet. It does however have some drawbacks that I noticed compared to standard radios during operation. Namely, there is a large delay of about 3 seconds between one person talking and everyone else receiving it. I also noticed that it doesn’t allow two people to talk at once which can be a problem if two users get into a long conversation and don’t allow other traffic to interrupt. If we continue to use it we will need to consider setting up a communications protocol to allow emergency announcements to interrupt such conversations.

Of course, the Bramor is an unusual aircraft because it uses a parachute to land. This can be quite difficult for beginner pilots to prepare for since there are no go arounds; once the parachute has been deployed you are committed to landing. We have a very wide open area to land in, so this was of little concern.

I would say the first flight of the Bramor went quite well. We had no major issues during the flight but we may have to address the communications issue in future flights. This will of course take time but eventually we will find something that works.